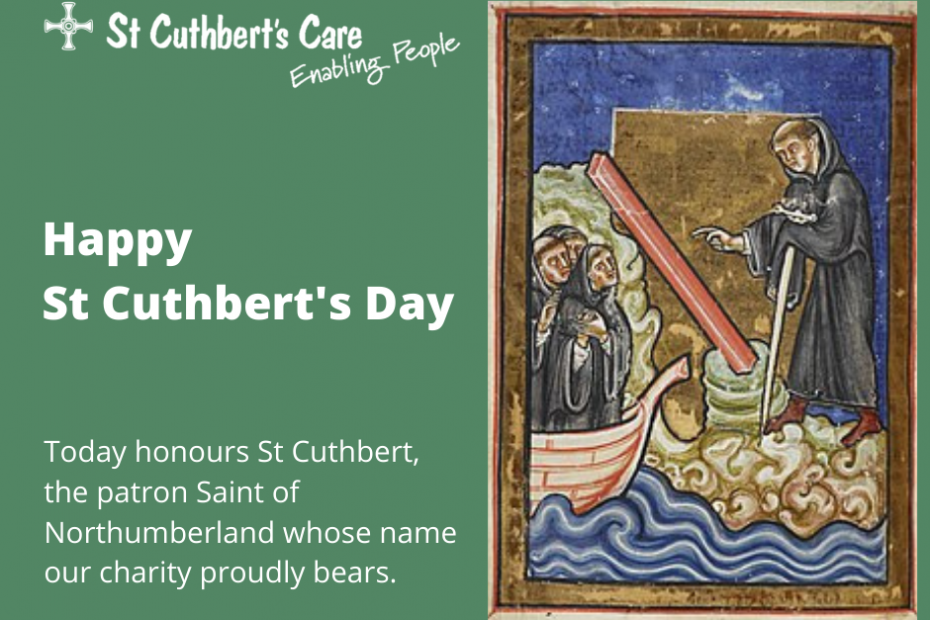 Today we celebrate the life and work of St Cuthbert, the patron saint of our Diocese and whose name we proudly gave to our charity in 1997.

The revered 7th Century Bishop of Lindisfarne was one of the great evangelists of early Christianity, helping to spread the word of the Gospel to all, even in the face of great adversity.

Born in 634AD he lived his life for the greater good of others and became a monk, bishop and hermit during his lifetime while his good work gained him the reputation of a living saint.

St Cuthbert spent his final years living in great austerity, secluded in a small cell on Inner Farne Island where he died on 20 March, 687AD. He was buried there immediately, but, as time passed and the threat grew of invasion by the Danes, his fellow monks fled the island, taking St Cuthbert’s remains with them.

Following his death, the Lindisfarne Gospels were written in his honour, but it would be over 200 years later before St Cuthbert found his final resting place in Durham.

St Cuthbert, a name symbolising centuries of faith and devotion in the North of England, continues to inspire and inform our charity today.

His name embodies the wide scope and nature of our Purpose: “Working for the common good by enabling people to develop to their personal potential.” 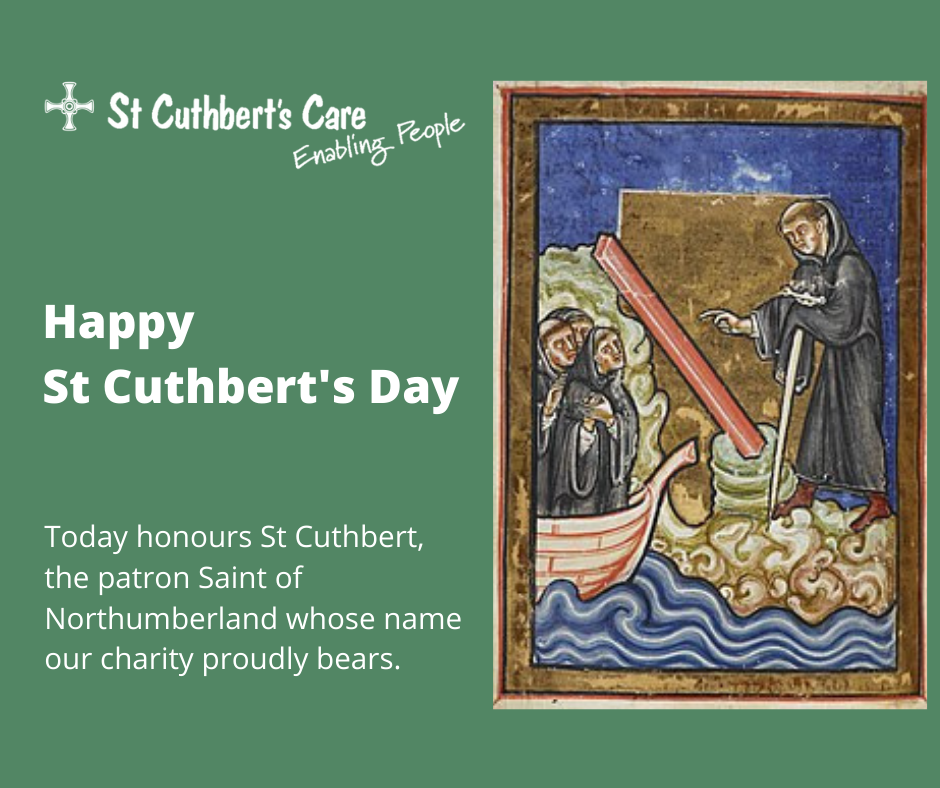