Home » Coffee And Cake For A Good Cause

Coffee And Cake For A Good Cause 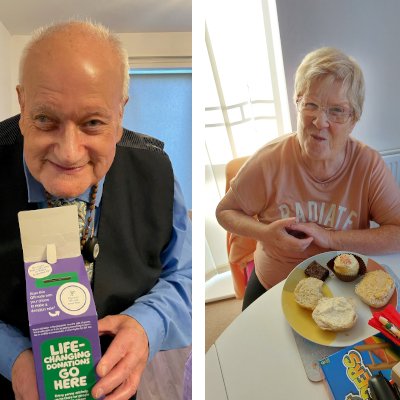 There was coffee, cake and plenty of chat over
the weekend, as Peter, resident from our Sherringham House Independent Supported Living Service, rose to the challenge of raising money for cancer research.

Not for the first time, Peter broke out the mixing bowl and sifted through his recipe book for Macmillan’s annual Coffee Morning event. Baking a scrumptious selection of cakes, scones, flapjacks and brownies, he has been on hand with homemade tasty treats for several years now.

The afternoon went down a treat with Peter’s fellow residents, who gathered for a cuppa and a chat with their bakes. At the end of the day a fantastic £200 had been raised. Well done, Peter – you are undoubtedly a Star Baker!

“It’s always really lovely when people compliment your baking,” said Peter, “but it’s even more touching knowing it has encouraged people to give to a good cause.”

That, as they say, is the icing on the cake.